8 days to go behind the Iron Curtain - Republic of Moldova

Why choose this: The Tour in Moldavia and eastern part of Romania shows a different life of our neighbours, who suffered many difficulties in the recent past.

The offer includes: Transportation + Half Board Meal + Guide + Accommodation 7 nighrs

8 days to go behind the Iron Curtain - Republic of Moldova

You can "enjoy" a piece of life of those times, visit monuments and experience the life of one of the last "bastards" of the communist era - The Republic of Transnistria, a republic with 600,000 inhabitants, 100% linked to the Russians, and the communists were still in power. This Republic is almost unique in the world, being recognized only from North Ossetia.

Arrival in Bucharest Welcome cocktail and a brief presentation on the history of communism all over the world and in Romania. Dinner and overnight in a 3 * / 4 * hotel.

Bucharest city tour Visit the Palace of Parliament in Bucharest, the second largest building in the world, built in the '80s by a giant idea of ​​Ceausescu. Lunch in the shopping center Extraordinary, Ceausescu wanted the Romanian people to eat ONLY their junk food in the so-called "cellar" so that no one could have a chance to cook at home. However, it was almost nothing on the market, so the population was starving, so they had to go to this "cellar". Nowadays ALL the former winery is commercial center and super-mall and young people are eating FROM THE FREE FARM Junk food !!! In the afternoon departure for Brasov, the city where in 1987 the first serious attack against Ceausescu began on November 15th. Accommodation in a 3 * / 4 * hotel.

Visit the city of Brasov Visit a tractor or truck factory that was bankrupt and receive explanations on how the old communists have changed so quickly to very experienced capitalists. Lunch in Brasov and departure for Focsani. Here you can enjoy the beautiful accommodation in an old communist hotel, which fortunately was not renovated, and also enjoy a dinner in a typical communist restaurant getting a "high quality communist service".

Today we leave for the Republic of Moldova The capital of the Republic of Moldova - find the Soviet roots in a European capital - city tour + in search of the statue of Lenin in a park in Chisinau, visiting the National History Museum which includes the exhibitions of the former Lenin newspaper museum Iskra "- spark (op.1960), and the Museum of History of the Moldovan Communist Party (op.1970). Lunch in a restaurant opened during Soviet times - 1975 and a meeting with a deported person, more than 16,000 families were declared in the period 1947-1951 and 1965 - "social class enemies" (55,000,000 people) and deported to others Soviet regions. In the evening, visiting one of the largest underground cities of wine from Europe "Cricova" - inaugurated in the 60s - mainly the only good thing left after the Soviets (tasting + dinner). Accommodation in a 4 * hotel

Day 5: Today we invite you to meet "homo sovieticus" in TIRASPOL (capital of Transnistria) The old Soviet Union is still alive and well in Transnistria, also known as Trans-Dniester and Pridnestrovie. It is a separatist territory within the internationally recognized borders of Moldova. Although not recognized by any state or international organization and de jure a part of Moldavia, it is in fact an independent state called the Moldova Republic pridnestroviana. The country's national crest still includes the traditional sickle and hammer and occasionally the statue of Lenin has not yet been torn down.

Pridnestrovie today can still maintain the appearance of a communist state and is called "the last Stalinist dictatorship left in Europe". Here we can only stay ½ day because of political restrictions, so we will try again to look for Lenin (they also have a black one next to the House of Soviets) + city tour and have lunch in an old restaurant called "Friendship" "- ironically, no? Departure to the Purcari winery, the best in the southeastern part of Moldavia, during the wine tasting the wine that will be tasted by the British queen will also be drunk.

From Purcari we leave for Romania Along the way we visit a "colhoz" - a type of management of the state farm, we have lunch and we cross the river Prut, the border between Romania and Moldavia, to Cahul-Oncesti. Dinner and overnight in Galati, a famous industrial city on the Danube, where it was the crown jewel of the Communist industry, the steel factory !!! Special dinner based on Danube fish specialties.

The 300 km to Bucharest we will overcome in 4-5 hours so that we arrive in Bucharest around 16.00 having already had lunch on the street. Free time for shopping or sightseeing and a special farewell dinner in a traditional restaurant, which will show us life in Bucharest in its golden times, 1920-1930. Accommodation in a 3 * / 4 * hotel.

For full board, we can organize, tips Reduction of LOW COST services (accommodation in holiday farms in tourist locations or apartments, without food) 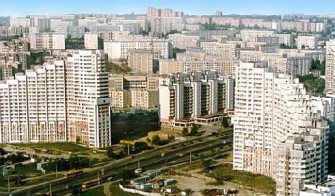 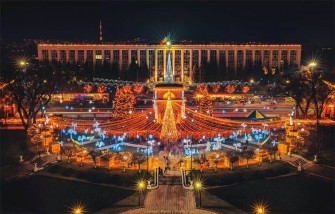 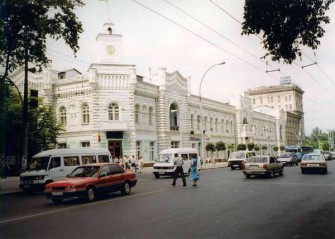 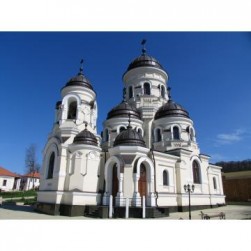 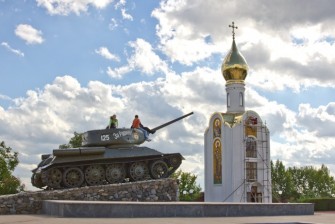