Bran Castle - between history and legend

One of the most imposing historical monuments of Romania is in the Bran-Rucar Pass. Thus, Bran Castle is located about 30 kilometers from the city of Brasov, on the road that exits through the old Bartolomeu district and which connects Brasov with Campulung Muscel, the first capital of the Romanian Country, where the Piatra Craiului Mountains meet with the Bucegi massif.

The first documentary attestation of Bran Castle is represented by an act issued on November 19, 1377, to the King of Hungary, Ludovic I of Anjou. Through this document, the inhabitants of Brasov received the privilege of building a stone citadel at Bran. Between 1419-1424, the fortress became the property of another Hungarian king, Sigismund, who was the ally of the Romanian Country, Mircea cel Batran, against the turkish.

The history of Bran Castle continues, and on December 1, 1920, the City Council of Brasov donates this castle to Queen Mary of Greater Romania, as a symbol of gratitude for its contribution to the 1918 Great Union. Although in 1938, the daughter of Queen Maria, Princess Ileana, receives this Castle by will, in 1948 the royal family was expelled from the country by the communist regime, and Bran Castle became the property of the Romanian state.

Find out the legend woven around Bran castle and book a visit here. Click here!

Ten years after the installation of the communist regime in Romania, Bran Castle was opened as a museum of history and feudal art. The state of degradation of the Castle led to its closure in 1987 and its reopening only in 1993, as a result of the restoration work. Currently, Bran Castle is the property of Princess Ileana's successor, Dominic of Habsburg.
The main reason why foreign tourists choose to visit Bran Castle is the legend that has been created around it.

The myth of Count Dracula is based on the fictional novel "Dracula", published in the United Kingdom in 1897, with the Irish writer Bram Stoker as its author. The characters in the novel "Dracula" are the result of the author's fantasy, but the facts of Count Dracula and his ending are based on popular beliefs related to the existence of evil forces, such as vampires or owls.

The ruler of the Romanian Country, Vlad Tepes, was associated with Dracula, although the historical data do not confirm his long presence at Bran Castle. However, the area is promoted through the images of a vampire, who was feeding on the blood of the enemies.

Bran Castle is known by tourists from all over the world as Dracula's Castle. This is also one of the reasons why it was included by CNN journalists in a top 10 of the medieval castles. 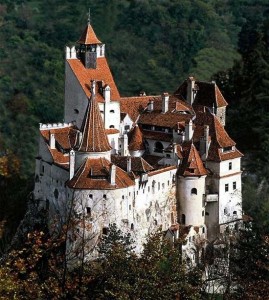 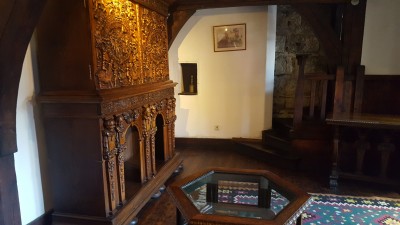 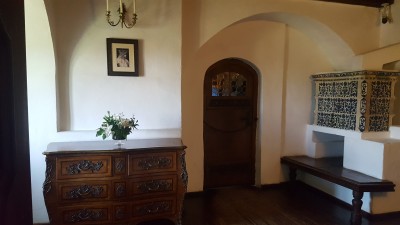