The city of Cluj was presented as the "treasure city" by the historian Kuckacs Jozsef in his book, but also the "gate" to northern Transylvania in the third part of the documentary series "Wild Carpathia". Raised to the rank of municipality during the reign of Emperor Hadrian. (117-138), then called Aelium Hadrianum Napoca, then in the rank of colony under Marcus Aurelius and Commodus, the city of Cluj is documented two millennia ago by the Greek geographer Claudius Ptolomaeus.

What about a visit to the city of Cluj Napoca but also to the entire Transylvania region? See here how you can book the visit.

Due to its privileged geographical position, on the ancient routes connecting Eastern Europe to the east and south of the continent, the city of Cluj was a perfect setting for material development and ethno-cultural diversity. In the Middle Ages, Cluj experienced a flourishing civilization, but also an exceptional accumulation of economic, cultural and artistic values, which helped to consolidate a nickname with which few cities could boast: "Cluj - a treasure city". During the period of Austro-Hungarian dualism, despite the fact that the political impact was negative, the city of Cluj experienced a great urban development, but also many other influential western benefits.

Cluj-Napoca - a city with three names. The name of the city is Cluj Napoca, even though all the inhabitants and tourists simply call it Cluj. However, upon entering the city you will see that the city of Cluj has exactly three names revealed, namely:

Now, the city of Cluj-Napoca is the residence of the county of Cluj, but also the spiritual and economic capital of Transylvania. The city is a powerful university, medical center, a hub of diversity and multiculturalism, more precisely, an urban republic and a homeland for its inhabitants.

Cluj-Napoca - the youth capital and the artistic city

More than a third of the city of Cluj is made up of students from all over the country and Europe. In 2015, the city was the European Youth Capital because several events and events were organized here, including the first edition of the UNTOLD festival, now already known as a renowned festival. Due to the variety and opportunities it offers, the city of Cluj has been included on the international list of artistic cities of the future. 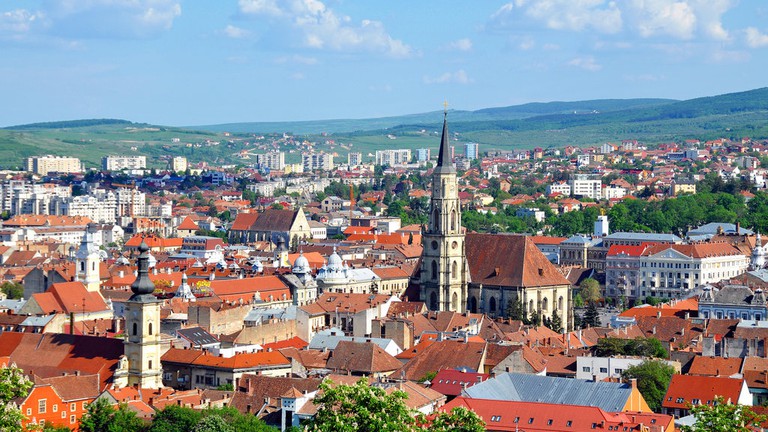 What can we visit?

Legend has it that, returning from a military campaign, Matia Corvin settled in a modest house, where he was served with the best preparation he has ever eaten, so that in time became the most popular dish. from the area, known as Varza à la Cluj.

Also known as the Bermuda Triangle in Romania, the forest seems to have taken the name of Hoia Baciu from a shepherd who lost 200 sheep in this place. Legend has it that while looking for them, he managed to advance to the Round Glade, but since then he has never been seen. About trees are said to be the souls of those who lost their lives in the forest. So, if you want to explore the forest too, you can take an hour and a half hike back and forth on the path that leads to the Round Meadow. If you set your location on GPS, Google Maps will take you directly there, so you have little chance of getting lost.